I found this now deleted question in first-posts review. Somehow @MARKDOWN was able to edit the question after it was deleted: 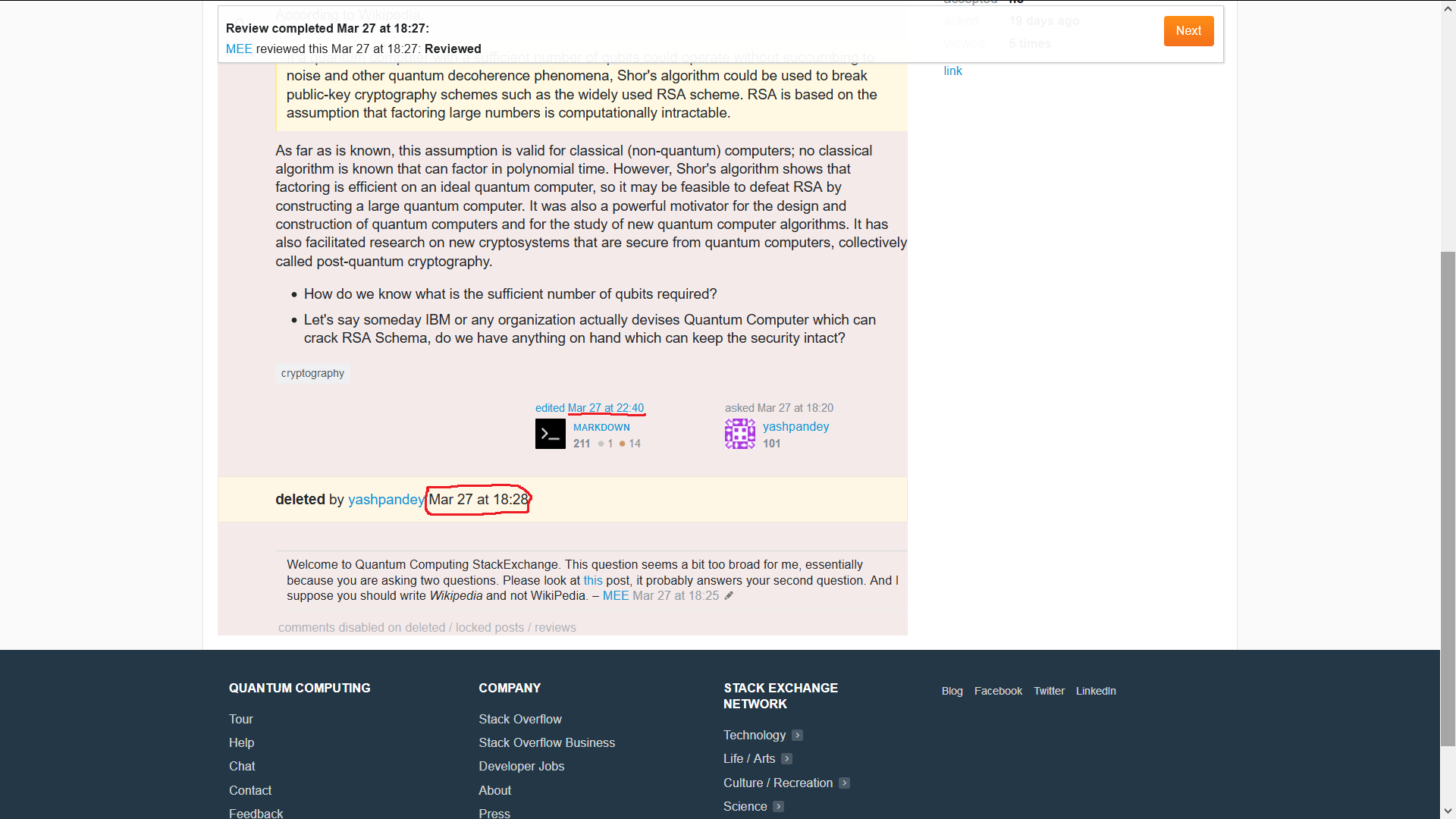 How is this possible?

You reviewed this question in the 'first posts' review queue, shortly after which, it got deleted.

However, before it was deleted, an edit was suggested. This placed it in the edit queue.

Now, a question can still be edited after it's deleted (with the right privileges), so the question stays in the 'suggested edit' queue, even though it has already been deleted.

Not the answer you're looking for? Browse other questions tagged bug status-bydesign editing deleted-questions .

4
View counter on main site is lagging
0
What to do about bad edits from users with high enough reputation to do it without review?
1
My account seems to have been “destroyed” but not in accordance with the information