Before asking this question, I read this long answer and can confirm that my question was not deleted automatically due to any of those things (such as too many delete votes) because the number of "views" on the question was only 1.

Basically, my question disappeared and I was signed out. But then when I signed back in, it was as if I was a brand new user again (see the message I got for a second time, 40 minutes after the first time): 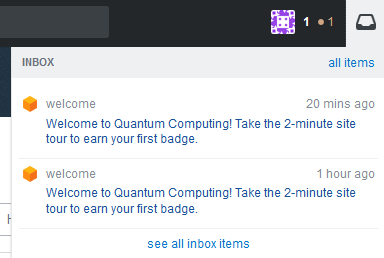 So I do not think I was actually "destroyed" because for such process "It is intended for things like spammers, where we just want them to be gone" and I do not think I am being considered a spammer because I asked one question which was carefully put together, and I read many of the questions on the site before posting anything.

My major concern is that my question is completely gone, and it involved quite a lot of research to put that question together (the question was several paragraphs long, including a figure, and some references).

So I do not think I was actually "destroyed"

No. Your account was manually destroyed by the moderation team.

However this information, which is about all I could find about "destroyed" accounts, says that if I re-create my account, I will have a 14-day suspension. This does not seem to be the case.

It's not a bug. We have two options while destroying accounts:

Also, we don't discuss account destruction or deletion reasons publicly unless prompted by the user-in-context themself. So I won't be stating the reason for your specific case here.

My major concern is that my question is completely gone, and it involved quite a lot of research to put that question together (the question was several paragraphs long, including a figure, and some references).

That's understandable. But I'm afraid, the moderation team has decided against undeletion of the question. For further information or complaints, you may use the contact form.

4
The “Users” all users on a single row
17
Please welcome your new Moderators!
5
How should we deal with blatantly incorrect, misleading and non-mainstream answers?